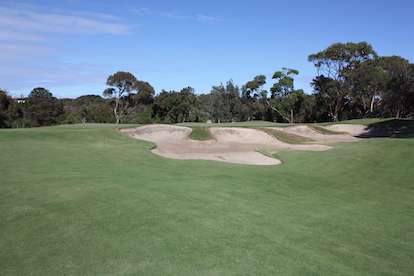 Abandoned in 1804 due to a lack of fresh water it wasn’t until 1835 and the subsequent growth of Melbourne that the Peninsula started to be used and settled by Pastoralists. These early inhabitants later found that the production of Lime from the Limestone rock abundant in the Calcareous sands of the region was more financially rewarding than Grazing and began producing it to service the burgeoning Melbourne of the time.

Sorrento is located at the Southern end of the Mornington Peninsula about an hours drive from Melbourne. “The region is home to a plethora of First Class Golf Courses such as The National, Cape Schanck, Portsea, The Dunes and Moonah Links where the 2003 and 2005 Australian Open were played.

“The Peninsula” as it is colloquially known by the locals is a wish list destination for those afflicted with the Golfing disease.

Another of the areas oldest and most prestigious Golf Courses is the Sorrento Golf Club established in 1907 at a time when the popular seaside town had become a premier holiday destination for Melbournians.

As recorded in Brendan Moloney’s Sorrento Golf Club the First 100 Years publication, the Club Secretary in August 1907 reported “the tees and putting greens had been sown with lawn grasses and showed evidence of being ready for use by the end of October”. Sorrento Golf Club was on its way.

Fast forward to 2018 and Shane Greenhill the Course Superintendent of which Sorrento has only had eight, was entrusted with the daunting task of creating a nineteenth hole to provide a back up hole for the course should the need arise.

Greenhill who holds a Bachelor of Science and comes from a Golfing family was the top Victorian turf apprentice for his 3 years of training and furthered his turf education with an Advanced Certificate and Diploma. It could be said that Shane Greenhill had the perfect background to produce the plan for the Nineteenth hole given the intricacies in documentation that the regional Council requires for revegetation and construction permits to be granted. 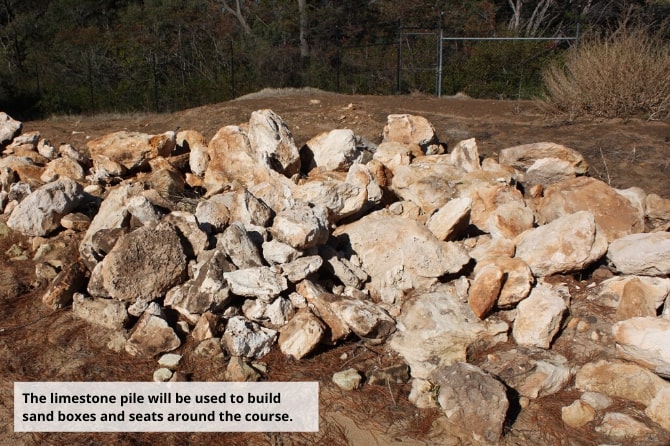 The Mornington Peninsula is an environmentally significant area and the local council is stringent in their requirements for development around areas of any native vegetation. A major part of the planning stage for the new hole and a necessary requirement by local Council was the development of a Vegetation Management Plan (VMP). Without this VMP, permits for construction of the new hole would not be granted. The Sorrento Golf course is abundant with significant remnant vegetation and ensuring its survival formed a major part of planning for the 19ths construction permits.

As Greenhill told us “We had to undertake a “Native Vegetation Assessment” on the 19th which was on top of the course Vegetation Management Plan (VMP) (2012) that we already had.

This assessment had to be completed because we were changing the vegetation agreement with council within the VMP.

A report was carried out by Vegetation Assessment consultants on our behalf to the satisfaction of council”.

Greenhill estimates that it took him two by thirty-eight hour weeks to secure the documentation and information to organise planning permit requirements.

Local Council Arborists and consultants have a valuation system for any vegetation including trees that may be located on the planned development sites and if any are deemed removable then they are given a Native vegetation Credit Price. A specialised broker then sources an area such as a local farm to replant with the same vegetation type before approval by Council. Once a “Like for Like” removal and planting plan has been developed the approval is given to proceed.

The Golf Course and region are sporadically forested with the Melaleuca lanceolata tree commonly known as the Moonah Tree. There were three such trees of vegetative significance located on the left hand side of the planned 19th hole and a root protection zone was established around the trees prior to any earthworks and formed part of the planning stage requirements.

The soil type of the Sorrento Golf Course varies from what is known as a Portsea dark loam with a PH of 8.8 to a gold angular sand known as Rye sand that varies from 8.2 down to 6.2 in PH. The high PH reflects the areas Limestone presence.

These high soil PH levels pose difficulties for any person managing sportsturf in the region. The nutritional deficiencies and lock up of certain elements demands a stringent and specific fertility program to ensure healthy turf. Additional Iron and Manganese applications play a key role in ensuring turf health in these calcareous sands. 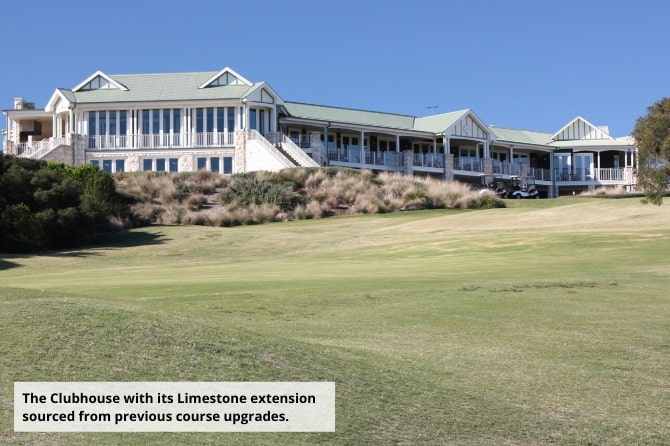 During the planning stages Greenhill was considering what grass to use on the fairway and Tee complex. Having listened to presentations at VGCSA meetings from Anco Turf and Simon Adermann from Lawn Solutions as well as private research he came to the decision to try the new TifTuf Bermuda. In his words “the new hole provided the perfect opportunity to try the new grass in a real life situation in Sorrento’s varied soil types. The hole would prove if the grass could perform in the local environment and flourish under the irrigation source”.

It was to be in affect a life-size trial for TifTuf” which more often than not provide a better local idea of a grasses ability than replicated trials positioned in other localities with differing soil types and water qualities.

Water for irrigation at Sorrento Golf Club is a mix of run off and bore water. An onsite treatment plant is used to desalinate the water to tolerable levels. During dry periods and previous to the installation of the treatment plant, the soil would reflect its irrigation water source through high sodium levels.

Once planning was granted for construction, works began on September 18, 2018. The 19th hole was opened for play on the second weekend in March 2019. In the interim following the turfing of the fairway and Tee with Tiftuf, the new turf was scalped to remove any thatch accumulation and top-dressed to provide a perfectly smooth playing surface. Once recovered the fairway was cut at 10mm and the Tee at 7mm.

The Sorrento Golf Club currently has a four-year Membership waiting list reflecting the quality of the course. It is heavily used for a Private course with 34 thousand rounds being played annually.

From its humble beginnings in 1907 on its seeded fairways to the latest grass in TifTuf adorning its newest hole, “the 19TH”, Sorrento Golf Club has certainly weathered the storms of Victoria’s famed Golfing destination the Mornington Peninsula.