The recent trend of garden styles to hardscapes with their granitic sand areas, pavers and pebbles along with a few token drought tolerant plants scattered around the front yard, has swept the landscaping culture with significant negative effects to our home environment. 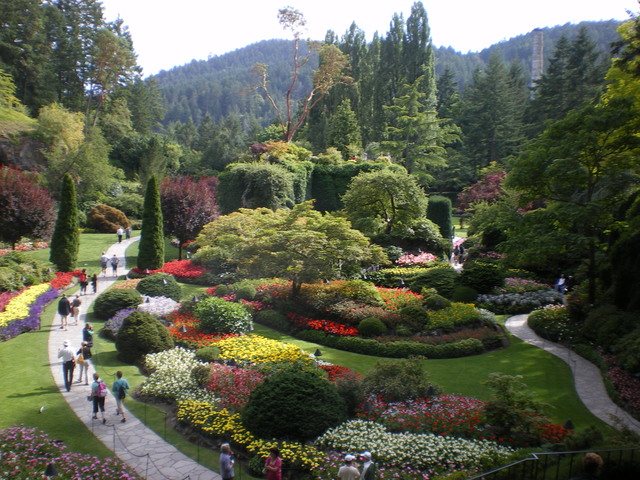 It is now well documented that a paver and hard surface can get as hot as 70 degrees Celsius on one of Melbourne’s scorching hot days. A green lawn will keep the surface area at around the outside air temperature and cooler in most instances. On the other hand Synthetic (plastic) turf filled with smelly crumbed rubber can reach 72 degrees on a 38 degree day as evidenced in the photo shown in our facebook photo album.

That trendy hard-scaped front yard at your neighbour’s house is creating a hot micro climate that is radiating heat and potentially costing them money in air conditioning power costs.

An air conditioning duct placed next to a green lawn takes less energy to cool the air compared to one placed next to a hot surface due to the variation in air temperature at the entry point. For this reason all of the air conditioning intake ducts at Parliament House Canberra are positioned within a cool green garden area that reduces the energy cost of Australia’s Iconic building. Parliament House also has large expanses of turfed ramps under which some of the offices and car park are located. These large turf expanses keep the temperature down in the areas directly below them and reduce the buildings overall power consumption.

In a City such as Melbourne it is also good to know that a 200 square metre lawn will produce enough oxygen for a family of four. Oxygen Score for the hard-scape of pavers and pebbles – ZERO.

Lawns also entrap pollens and dust as well as reduce run off. The microbes contained in the soil beneath the lawn break down bacteria and act as a natural disinfecting treatment plant for your pet spoils.

Now if you were to visit your “Hot Neighbour” and tell them all of this they may cross to the Lawnside and you will have helped to create a “Cool street” one frontyard at a time.