A “Santa Ana” is a hot, dry wind that whips up dust from the desert regions of California and blows toward the Pacific coast. Santa Ana is also a city in California and El Salvador. 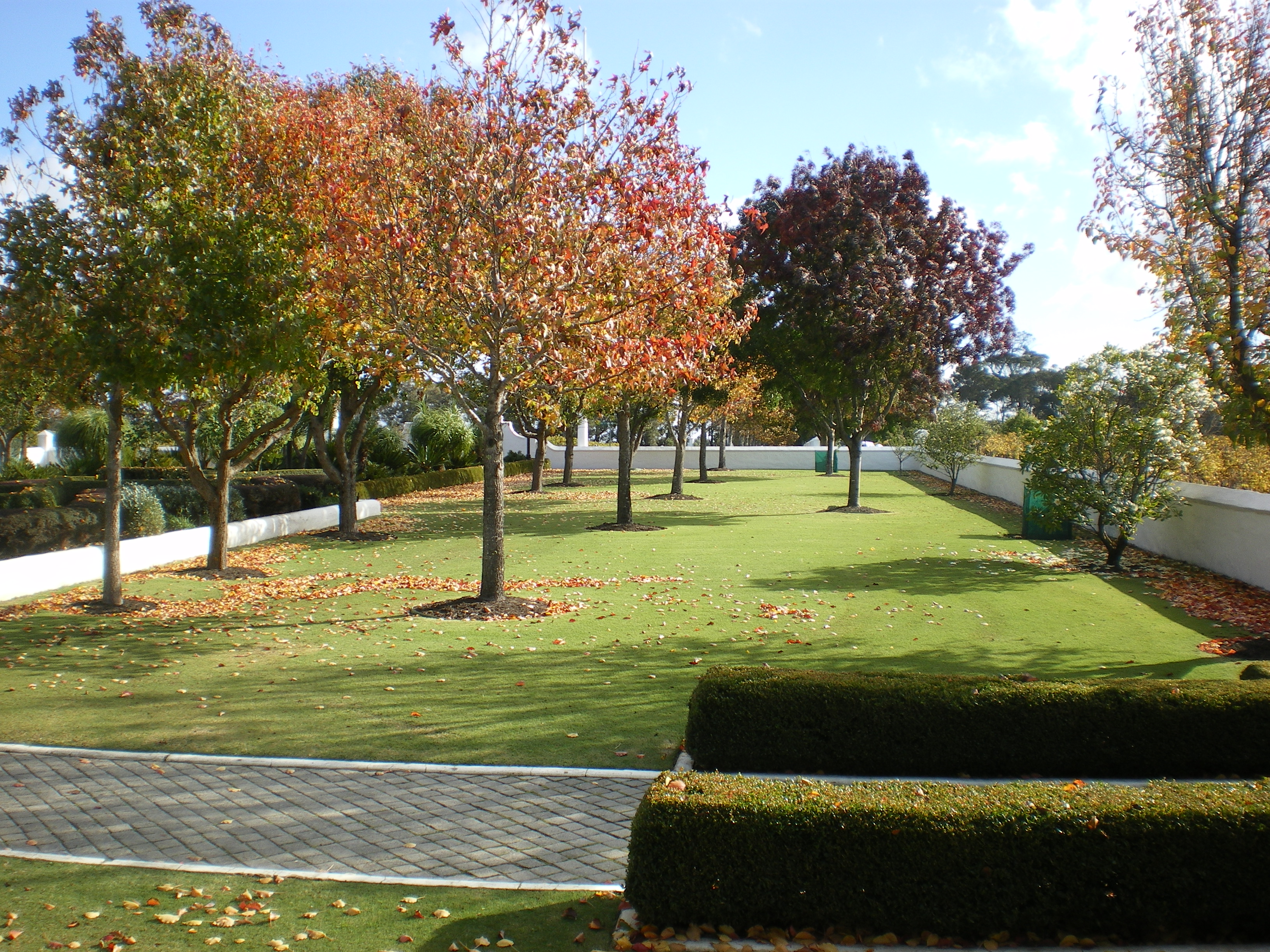 In the World of Turf the name Santa Ana is synonymous to a widely used grass variety that has been the standard to meet in couchgrass lawns and turf. Anco in conjunction with the Department of Primary Industries introduced Santa Ana to Melbourne in the 1980’s. From the small amount of original plant stock Anco propagated the variety and it became highly sought after for Sportsturf and Golf Courses. The home owner and Landscapers of Melbourne soon caught on to the hardwearing, fineleaf and drought tolerant properties of this new couch and its popularity skyrocketed. For good reasons it remains the couchgrass of choice in Melbourne with most of its competitors falling short in trying to compete with its attributes. Thirty years after its introduction to Australia it still remains the best the best choice in couches for Melbourne.

There are many high quality examples of Santa Ana in Sportsturf including Scotch College and Geelong College who both turfed their sportsfields with Anco’s pure Santa Ana.

In the Landscaping world there is no better example of this wonder grass than the gardens at Voyager Estate Winery in Margaret River Western Australia. We recently featured this garden in our Anco Facebook competition.

The Voyager Estate Winery features several “Werf” style gardens in its landscape. Werf Gardens are a Cape Dutch style walled garden of South African origin. Presumably the walls were incorporated to keep the plants and flowers intact by keeping the African wildlife out.

Hedges, Roses, large trees and plant species abound but it’s the vast expanse of perfectly manicured Santa Ana couch lawn that sets off the colour explosion of foliage and flowering plants at the estate and its presence is a highlight of the gardens.

The cellar door and buildings are also in the Cape Dutch style and are certainly worth a visit if you are ever in Margaret River.

As a hardwearing, drought tolerant, fineleaf grass that is easily maintained in and around gardens, Santa Ana is highly recommended by us for use in the Southern States of Australia.